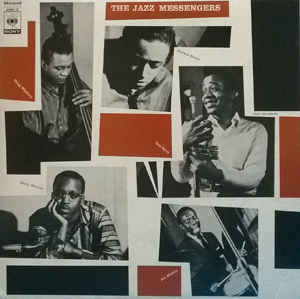 The very first edition of Art Blakey's Jazz Messengers was unfortunately short-lived, and as excellent as they were collectively, it was the beginning of a trend for the members of this group to come and go. Unbeknown to Blakey at the time, he would become a champion for bringing talent from the high minor leagues to full-blown jazz-star status, starting with this band featuring Detroit trumpeter Donald Byrd, East coast tenor saxophonist Hank Mobley, and pianist Horace Silver, a jazz legend ever after. It's evident that although there is much cohesion in the group, Byrd's star was on the rise the fastest, and he would leave in a short period, replaced briefly by Clifford Brown, then Kenny Dorham. What is most remarkable in this first recording for the band is how several of these selections have become classic hard bop vehicles, revered and replayed by thousands of bands over time worldwide. "Nica's Dream" is the best known of them all, typical of the calypso beats Blakey favored at the time, with a singsong, hummable melody led by Byrd that is pure soul personified, and drenched in unrequited blues. Their take of "The End Of A Love Affair" is one of those arrangements that would be hard to top, filled with deft rhythm changes and a distinctive group signature sound identified by the Mobley-Byrd tandem. "Ecaroh" (Horace spelled backwards) keeps the Latin beat but puts in a breezier context, a simple beauty of a tune only the pianist and Blakey could have conceived, and called their own at the time. "Infra Rae" is a quintessential hard bop workout, and "Hank's Symphony", while not a classic, is innovative in that it uses an Asian inspired introduction, an Afro-Cuban base, and a wild hurricane force via Blakey's fast, inspired, cut-loose drumming. This double vinyl LP version is an expanded edition, including five extra cuts. There's a first and second take of the calypso shuffle-to-bop "Carol's Interlude", first versions of the original bopper "Weird-O", standards "Ill Wind" and "The Late Show", and the studio version of Mobley's "Deciphering the Message", sporting a scattered, tangential melody that was never previously available, but now is on this recording. In retrospect, the Jazz Messengers could easily be tagged the eighth wonder of the world, starting with this finely crafted first effort that definitely stands the test of time. 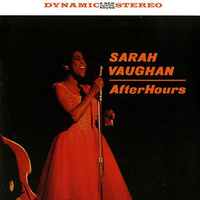