Analog Reissue True to Producer's Original Intent of Putting Carole King in the Room With You: Experience and Feel Every Organic Nuance, Suggestive Delivery, Intimate Note

The results mirror what went down in the A&M Studios. Lean, simple, direct, and so nakedly real the sonics evoke what might be heard on a professional demo tape, this collectable LP gives what Rolling Stone deems the 36th Greatest Album of All Time the due it deserves. King's personal singing, her graceful pianism, the integral rhythmic foundation provided by the likes of drummer Russ Kunkel and guitarist Danny Kortchmar, and the symmetrical contributions of guest instrumentalists ranging from saxophonist Curtis Amy to guitarist James Taylor resonate with three-dimensional imaging and cozy realism. Every note, every basic movement, accurately rendered with exquisite detail and full-bodied tonality.

Indeed, one reason – apart from the flawless songwriting, earnest deliveries, and eloquent performances – Tapestry endures is because of the naturalness of the production and songs. King's unadulterated articulations on love, conviction, friendship, place, sadness, and companionship ring true because there's no doubting their meaning, intent, or sincerity. Tapestry makes you feel, and compels you to get closer to the music, and the musicians performing. It is an album of organic nuances, suggestive intents, and engaging melodies.

Thematically, classics such as "You've Got a Friend," "I Feel the Earth Move," "Will You Love Me Tomorrow," and "(You Make Me Feel Like) a Natural Woman" resonate because they address universal sensibilities and the human condition. They, like all of Tapestry, are relaxed yet emancipating, strong yet mellow, comfortable yet terrifically beautiful and lastingly unique. Four major Grammy Awards, four Top 10 singles, sales of more than 25 million copies, and one of the first albums chosen for inclusion in the National Recording Registry just seem like icing on the cake. 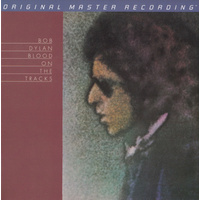