Double LP + download code "Over 20 years out of print"

Chris Bowden’s debut album Time Capsule was first released on Soul Jazz Records in 1992 to universal and widespread critical acclaim. Now 20 years on a new wave of current jazz artists led by the likes of Kamasi Washington in the USA and a host of British artists - Shabaka Hutchings /Sons of Kemet, The Ezra Collective, Moses Boyd, Nubya Garcia, Fourtet, Yussef Kamaal, Tenderlonious, Binker & Moses - have brought this original ground-breaking album into the limelight once more as a pivotal starting point, sharing many of the aesthetics of these current artists at work today.

Musically all are inspired by the spiritual jazz of John Coltrane, Alice Coltrane, Pharoah Sanders, Archie Shepp, Don Cherry et al paired with a modern electronic music sensibility. Chris Bowden’s Time Capsule has stood the test of time like few other albums (as the title of the album suggested), and remains a pivotal, wholly-successful and original experimental musical collage, a radical inspiration and forebearer to many of the best progressive jazz and electronic artists working today.

The album has been fully hi-spec re-mastered and is available as a limited-edition heavyweight double-vinyl release with gatefold sleeve (+ free download code), slipcase CD and digital album.

A selection of original reviews:

“Lush strings and woodwind with a powerful combination of dub beats and classical orchestration. True future music.” - The Face

“A divine soundtrack that Miles Davis would rise from his grave for. Heaven-sent laid back lusciousness.” - Muzik

“A beautiful and mysterious record.” - Mixmag

“Out on the left field, past the edge of the solar system, music exploring new territory, forging new alliances with outer space and the future.” DJ

“A vibrant filmic quality. Bowden is out on his own. Essential.” - Straight No Chaser

“An ambitious and adventurous excursion. A deep, complex and ever-changing piece that makes the competition look half-baked.” - Observer

“Sounding like a Michael Nyman tune that took a wrong turn and bumped into a Miles Davis record.” (Album of the week) - The Guardian

“Astro-jazz, luxurious strings and psycho-acoustic electronica. A journey to the centre of the head” - ID 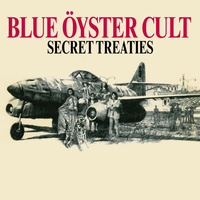