It’s only been two years since the release of Blackbird, making this a quick follow-up in the world of Fat Freddy’s Drop. The reassuring thing about the Wellington band is that as their stock has risen they haven’t compromised their musical approach by shortening songs or devolving them to standard structures in the pursuit of hit singles.

They continue as they left off on the last album, if anything hitting a stronger strain of dark dub techno infused rhythms. The way they play with restraint, delaying the drop and stretching out the grooves is the key to their compositional and soulful interplay. ‘Slings & Arrows’ is one of their finest singles, steeped in digital dancehall toughness. It’s contrasted by the dark pulse of ‘Razor’ which shares similarities with Depeche Mode and Mogwai’s recent album.

Consistency is a key on Bays. At times in the past they’ve taken their collective foot off the pedal and allowed some filler onto their releases but here everything works equally well. There’s a balance and flow, much like their epic live shows, that, over its nine tracks, makes it their most listenable release. Vocally, Dallas Tamaira’s voice is as soulful as ever, adding the human element to the music in a number of styles. From the acid jazz vibe of ‘Makkah’ to the quick-stepping house groove of ‘Cortina Motors’ that snakes and gathers momentum over ten glorious minutes before he croons over the measured digi-funk strut of closer ‘Novak’. Bays is a sublime addition to the band’s discography. - C. Familton, doubtfulsounds.net, Nov. 2015 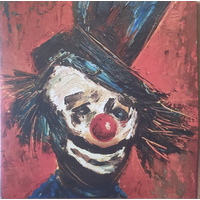