feat. all the mother fuckers in rap worth fucking with!

Freddie Gibbs is sticking to his guns. After years of not-so-quiet industry hurdles, Piñata feels a little like another debut. His content remains uncompromised—nothing on the album would be a fit for radio—and particularly with Madlib at the helm, he seems as focused as ever. It’s a bit of a new brand of the same for Gibbs in that sense, undoubtedly his best and most streamlined to date, another conspicuous drop in the bucket for ‘Lib. The album itself, like their first and two other EPs that help build up this full-length, has been released on the producer’s own label. Gibbs is an album removed from his CTE departure—ESGN as his independent debut less than a year ago—and Madlib splitting his time between Stones Throw Records and his self-named Invazion imprint... Piñata’s most obvious accomplishment is as a polished contemporary Gangster Rap album, and it’s a feat in subject as much as sound with Gibbs at his self-reflective best. Madlib is as forward as he has been in years and offers his emcee production to flex his delivery in a way he’s never had a chance to do before, riding out to finicky loops instead of more rigidly overlaid drums as he’s done previously. The upshot is that Piñata is likely a MadGibbs peak, and it would be hard to blame them for stopping here. If the rapper is smart he’ll use it as a roadmap for directing future solo releases, a blueprint in design more than sound. He won’t have to team up with Madlib again to achieve the same level of focus, but he’ll have to ditch the mixtape inclinations and longer tracklists as he’s done here. As Gangster Rap, Piñata is free of conceptual pretense; it’s a slice more than a thesis. It’s also a new benchmark for Gibbs and may end up as a career calling card. If nothing else, it quickly sounds like one of the year’s best. - Jay Balfour hiphopdx.com 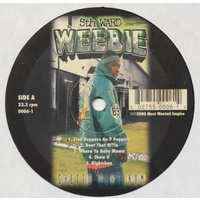