It started with J Dilla (aka Jay Dee) hearing a mix that Madlib put together in the Bomb Shelter of Dilla's beats with Madlib rapping over them. He was impressed enough to call up Stones Throw mastermind Peanut Butter Wolf directly to get the ball moving on a Madlib/J Dilla collaboration. Jaylib became a quick reality, so the producers started sending each other beats to rap over. As each were situated in their home towns (Dilla in Detroit and Madlib in L.A.), they fleshed out Champion Sound, which will easily win the award for the Most Blunted Album of the Year; these guys were smoking serious greens while working this one out. As one might expect, the production qualities of an album made by two of hip-hop's most celebrated producers is rich in texture, innovation, and solid momentum. Where Madlib is a seasoned MC (look at Lootpack's Soundpieces or Quasimoto's The Unseen), Dilla is not. He's not bad, just rougher around the edges, which lends to a disorienting listen in general. The beats are slapped together, whacked samples are abruptly dropped, and the lyrics are steps behind the beat and generally about nothing but b-boy posturing and other nonsense. All of which results in a very unique and strangely rewarding album. While it may require repeated listens to take hold, Champion Sound is full of a lot more winners than losers. Rating=4.5 stars - AllMusic Review by Sam Samuelson 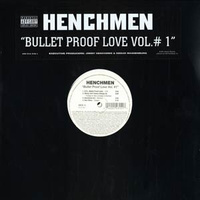