Joe Walsh: The Smoker You Drink The Player You Get (LP)

Joe Walsh - The Smoker You Drink The Player You Get

"(Side one) ends with the appropriately titled 'Happy Ways,' a Latin-tinged guitar-fest with lovely chunky bass lines that sounds absolutely glorious on this Analogue Productions pressing. The zing of steel string guitar almost sounds dead on the CD and tired on my ancient vinyl pressing, so this is clearly not one of those remasters that's based on an umpteenth generation copy of the tapes. ... You owe it to yourself to hear this album — and it will not sound any better than this spectacular pressing." — Recording = 8/10; Music 10/10 — Jason Kenedy, Hi-Fi+, Issue 148

"An outstanding new 200gm LP reissue from Analogue Productions, with improved sound thanks to a sparkling new remaster by Kevin Gray at Cohearent Audio, makes it clear that this 1973 release remains — with the possible exception of 1978's But Seriously, Folks . . . — the undisputed highlight of Walsh's solo career. ... Another week, another beautiful-sounding, wonderfully packaged reissue from Analogue Productions." Read the whole review here. — Robert Baird, Stereophile.com, May 2017

In between his stints with the James Gang and the Eagles, Joe Walsh tackled his second solo studio album The Smoker You Drink The Player You Get which became his most successful solo outing. The 1973 LP continued the heavy and light rock mix of tracks found on his previous release, Barnstorm.

Analogue Productions has done reissue justice to the album that AllMusic decries "features some of the most remembered Joe Walsh tracks, but it's not just these that make the album a success. Each of the nine tracks is a song to be proud of. This is a superb album by anyone's standards."

To obtain the best sound possible we turned to Kevin Gray at Cohearent Audio to remaster this superb album from the original analog tapes. Next we plated the lacquers and pressed LPs on 200-gram audiophile vinyl at the world's best LP maker, Quality Record Pressings. Top it all off with a deluxe Stoughton Printing gatefold tip-on jacket and you've got the makings for audiophile joy.

This amazingly eclectic rock gem has Joe's smash "Rocky Mountain Way," his hit "Meadows," plus "Bookends," "Wolf; Dreams" and more! Walsh's abililty to swing wildly from one end of the rock scale to the other is unparalleled and makes for an album to suit many tastes. 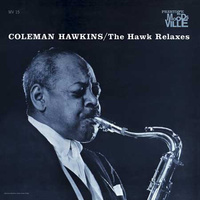