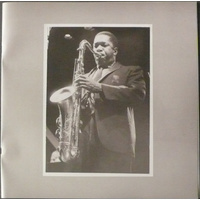 One of the most important records ever made, John Coltrane's A Love Supreme was his pinnacle studio outing, which at once compiled all of the innovations from his past, spoke to the current of deep spirituality that liberated him from substance abuse addition, and glimpsed at his future innovations during his final two and a half years. Recorded over two days in December 1964, Trane's classic quartet -- Elvin Jones, McCoy Tyner, and Jimmy Garrison -- created one of the most thought-provoking, concise, and technically pleasing albums of their tenure. From the undulatory (and classic) bassline at the intro to the last breathy notes, Trane is at his logical and emotional musical peak here; the band completely attuned to the spiritual vibe. Composed of four parts, each contains a thematic progression. It is his most meticulously planned recording. "Acknowledgment" sounds the awakening to spiritual life; it trails off with the saxophonist chanting the suite's title. "Resolution" is an amazingly beautiful, somewhat turbulent segment. It portrays the dedication required for discovery on the path toward understanding. "Pursuance" searches deeply through trial and perseverance for spiritual experience,while "Psalm" portrays the humble realization of enlightenment. Although sometimes aggressive and dissonant, this isn't Coltrane at his most furious or adventurous. Recordings that followed this period were often musically untethered and extremely spirited. A Love Supreme was orignally conceived in nine-parts for nine-musicans--two bassists, two saxophonists three percussionists, piano and drums. Yet clocking in at 33 minutes, the finished album realizes Coltrane's ambitious musical concept in economical form; his emotional, searching, prayerful journey is made abundantly clear without the burden of overstatement. It is almost impossible to imagine any jazz collection without it. [The 2015 two-disc version of A Love Supreme: The Complete Masters contains the original album as released on disc one and Two are mono dubs of "Psalm" made for Coltrane's personal reference. Disc two contains all the surviving studio music in nine previously unreleased tracks. Another features it exactly as released sans the overdubs on the album version. Two short tracks offer the last two minutes of "Acknowledgment" offer different overdubs of Coltrane's vocal chanting. There are also two complete takes of "Acknowledgment" by a sextet with tenor saxophonist Archie Shepp and bassist Art Davis. Two more takes -- a false start with studio chatter, and another alternate as well. All this is evidence to support that, while Coltrane knew exactly what he wanted, he remained open to new possibilities. "Resolution" has an alternate as well as a studio breakdown take with conversation. This set also includes an extensive historical liner essay by Ashley Kahn, a wealth of rare session photos, revised studio notes, and Coltrane's surviving musical sketches.] - AllMusic Review by Thom Jurek Make 4 interest-free payments of $2.50 fortnightly and receive your order now. 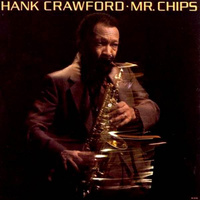