Crooked Rain is direct and immediately engaging -- it puts the band's casual melodicism, sprawling squalls of feedback, disheveled country-rock, and Stephen Malkmus' deft wordplay in sharp relief. It's the sound of a band discovering its own voice as a band, which is only appropriate because up until Crooked Rain, Pavement was more of a recording project between Malkmus and Scott Kannberg than a full-fledged rock & roll group... By drawing on so many different influences, Pavement discovered its own distinctive voice as a band on Crooked Rain, Crooked Rain, creating a vibrant, dynamic, emotionally resonant album that stands as a touchstone of underground rock in the '90s and one of the great albums of its decade. - S.T. Erlewine, allmusic.com Iron Maiden: The Number Of The Beast (LP) 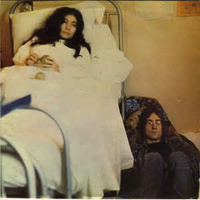