A brilliant combination of rock with Latin and African influences, prominently featuring the organ playing and husky vocals of Gregg Rolie; the energetic, precise drumming of Mike Shrieve; and, especially, the soaring, immediately identifiable guitar sound of Carlos Santana. Justifiably a massive hit and the prototype for an assembly line of simular records. Contains Evil Ways and Soul Sacrifice. 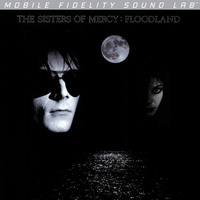