'Live!' was the watchword of the liberated and permissive post-Woodstock era, when anyone and everyone could do wonderful things and musicians really let themselves go – and it opened the door for Santana and his musicians. While devotees of pure styles found it hard to dip into the bubbling melting pot of progressive rock, others – hungry for emotion – plunged eagerly into the moloch world known as 'Sounds of the 70s'.
Among the great events during this time was the get-together of Santana and a grandiose group of musicians together with Jimmy Hendrix’s ex-drummer Buddy Miles at the Sunshine Festival in Hawaii. Inspired by the electrifying atmosphere we hear the smacking sound of an organ in John McLaughlin’s "Marbles", lush rocking Latin grooves ("Lava") and gospel-like vocal artistry ("Evil Ways"). After an intensively re-worked version of the old favourite "Them Changes", in which the band certainly lets one know that they can be 'heavy' when they want, the musicians let themselves go in 25 improvised minutes in "Free Form Funkafide Filth". Such unleashed power could never be tamed and captured on tape in the studio simply because it can only be created in the freedom of an open-air stage. 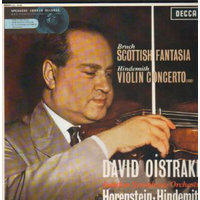 Count Basie ‎– Live At The Sands (Before Frank) (M