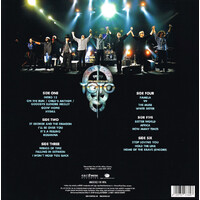 A wildly successful band in their own right, Toto helped shaped the sound of pop music in the '70s and '80s not just with their own songs, but as studio musicians for Boz Scaggs, Steely Dan, and Michael Jackson. Celebrating their 35th anniversary, the band that served as the backbone for some of the smoothest pop hits of their day take Europe by storm on 35th Anniversary Tour: Live in Poland. Playing to a massive, standing-room-only crowd in Lodz, Poland, a lineup featuring Steve Lukather, Steve Porcaro, David Paich, and Joseph Williams take to the stage to deliver a stellar performance for their ecstatic European fans. Featuring hits like "Africa," "Rosanna," and a rousing rendition of "Hold the Line," this live set does their old material justice, and will be a welcome addition to the collection of any die-hard Toto fan.

Data provided by Discogs.
A1 Intro 13
On The Run / Child's Anthem / Goodbye Elenore Medley
A3 Goin' Home
A4 Hydra
B1 St George And The Dragon
B2 I'll Be Over You
B3 It's A Feeling
B4 Rosanna
C1 Wings Of Time
C2 Falling In Between
C3 I Won't Hold You Back
D1 Pamela
D2 99
D3 The Muse
D4 White Sister
E1 Better World
E2 Africa
E3 How Many Times
F1 Stop Loving You
F2 Hold The Line
F3 Home Of The Brave (Encore) 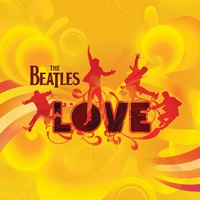